While i was doing my regular online research of newly occurred earthquakes, I came across two "I felt this quake" comments that made it interesting to me.

1. I felt dizzy, I thought I was having a stroke. But when I saw the electric fan swaying, I knew that it was an earthquake | 3 users found this interesting.

2. Lay in the bed when it starts shaking for 15-20 seconds, now see at Facebook a lot of friends here in the Daet area feel it too.

Note, that comment 1 has been made by a user (presumably elderly) who at the time of the event was in Tigaon some 132km N-NW from the epicenter.

Daet (comment 2) which is a 100 000 city is even further away on 215 km. Interestingly enough the epicenter - Tiagon and Daet are laying almost perfectly on a W-NW line. This may be an indication that the predominant wave propagation path has been in NW direction although such a statement is surely a speculation without the supporting data. 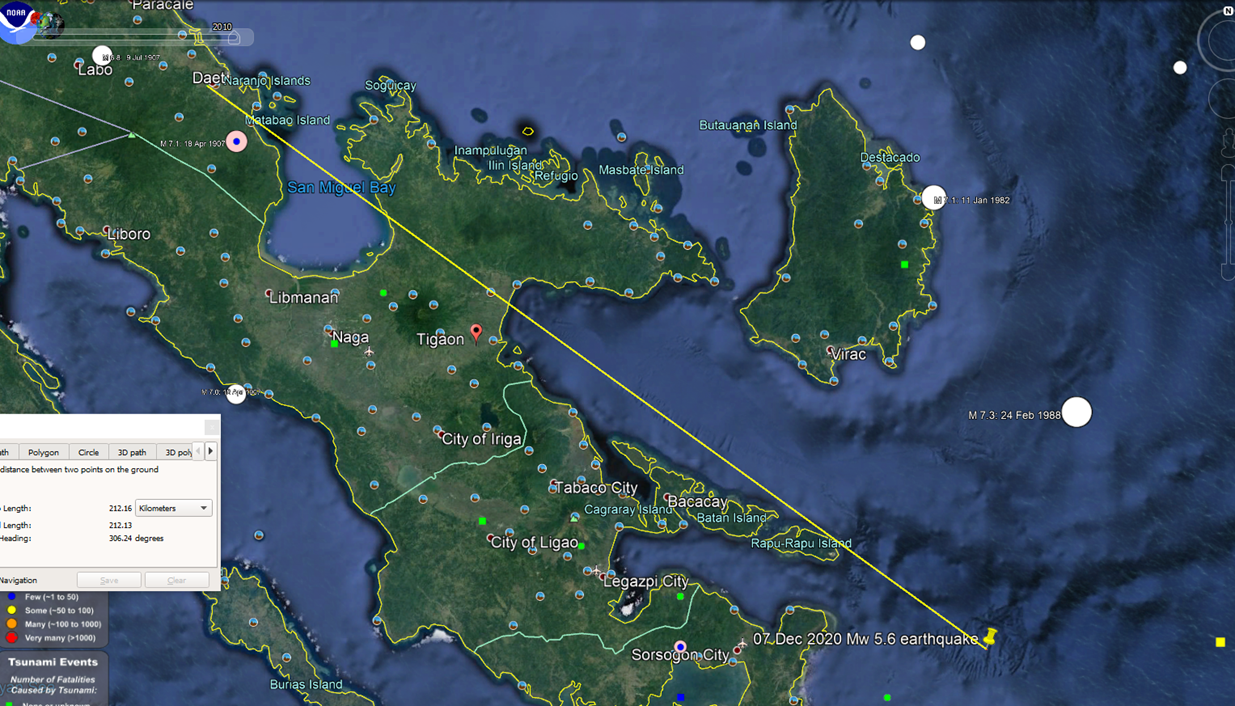 The epicenter is just 100km to the west of the Philippine Trench within the so called  Philippine Mobile Belt.

The Philippine Trench (also Philippine Deep, Mindanao Trench, and Mindanao Deep) is a submarine trench to the east of the Philippines. The trench is located in the Philippine sea of the western North Pacific Ocean and continues NNW-SSE. It has a length of approximately 1,320 kilometers (820 miles) and a width of about 30 km (19 mi) from the center of the Philippine island of Luzon trending southeast to the northern Maluku island of Halmahera in Indonesia. At its deepest point, the trench reaches 10 540 meters.

Philippines have always been very active seismic region. Only in the 20 years of the new century there have been 6 events of Mw>7 and 20 of Mw>6.2.

In the area of the 07 Dec 2020 event there have been some really strong earthquakes and a tsunami in 1925 generated by a Mw 7.2 earthquake with a death toll of 51. 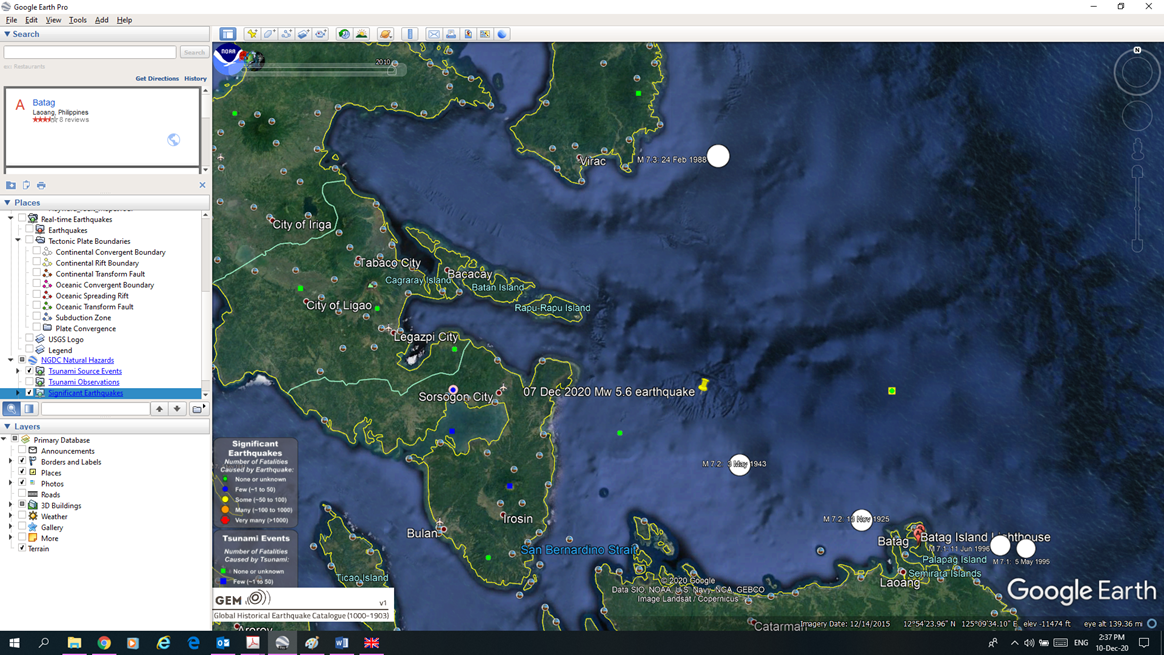 The 07 Dec 2020 Mw 5.6 Philippine Sea earthquake could be compared (in terms of magnitude) to the largest we had here in Bulgaria for the past 20 years - the 22 May Mw 5.6 Pernik earthquake in 2012. While the magnitude was comparable and there was some damage reported mainly in Pernik, the reaction in the media and the panic here was evident.

I worked in an international engineering company with location in Sofia at the time and had to prepare some kind of a positive letter to the stuff to calm them down. In fairness, we are not very seismically experienced lately and if the Philippine Sea event was offshore with depth of more than 70km, the event in Pernik was i) stronger ii) in a densely populated area iii) very close to the capital Sofia iv) at 10 km depth.

The median value of the Peak Ground Acceleration approximated with the GMPE of Zhao et al 2016 in the municipality centers of Sorsogon at the Luzon island and Catarman at Samar island, booth located about 55-60 km from the epicenter (about 90km to the rupture plane) is in the order of 0.04 – 0.044g.

Well, I did not mean to compare the two events in the begining of this article - it just went this way.

Actually, we have been blessed here in Bulgaria in that sense as in the past 30 years the 2012 Pernik event is the largest after the two Vrancea earthquakes on 30 and 31 May 1990 with magnitudes of 7.0 Mw and 6.2 Mw.

Hopefully, the trend will continue.